Where it all starts!

September 30, 2019
Today I continue to have same sex attraction and strive to find joy and happiness within me everyday. So many of my feelings towards myself are still somewhat of hatred and disgust; often, the only value I really find is through service for other people. Without friends or anyone to serve I would look inside and find nothing really positive. I have now started my journey to communicate with the world that even with these attractions, there is joy and happiness to be found. You have to find it deep inside and ultimately find the truths that work best for you. Do not let what others say impact how you learn to discover truths for yourself. Not your family, friends, or anyone. Listen to the spirit inside of you and be not ashamed that God created you exactly how you were meant to be. Ultimately, YOU MATTER TOO! There is value to see in myself but it is going to take work and time to build. I need to see these attractions for what they bring into my life in a positive way and find all
2 comments
Read more 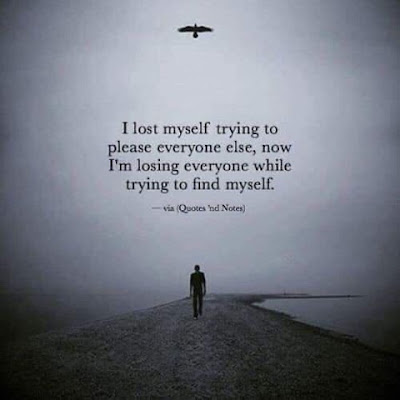 First off, I want to say how appreciative I am of all those who have supported us. After many tears and many hard days, Juliet and I are no longer together. We have been officially divorced as of December 19th, 2019. Some might ask, “Why? Or who is at fault?” My response is, no one is to blame. Some might want to cast blame but that does not solve anything nor does it create an environment of healing. In the beginning, when we started to date it was both hard and easy for me. When spending lots of time with Juliet it felt unnatural to me in some cases but very connecting in other situations. As a gay man, I knew I was giving up physical intimacy that would come naturally to me and I was ok with that. I knew if we continued dating the future we both desired was to get married. I pressed on because I wanted a family and that is what I was being told was the right thing to do. I wanted that to be true! In fact, in my mind that was the only thing really worth living for. In the months o
Post a Comment
Read more

What creates a masterpiece?

October 14, 2019
Who are you? How do you define yourself? Is it by your titles? Like I’m a Speech Language Pathologist. Or by your attributes? I am kind, I am loving, I am optimistic. Or is it something else, a combination of the two? Q recently had a conversation with one of the leaders of our church congregation about this blog that was really positive. He was really supportive, as has been everyone so far, but he made an interesting comment. He said that he likes the blog but it feels like it only focuses on one aspect of your life, that you are gay. But you are more than just gay. Why not talk about all aspects of you. That’s what we want to do. We want this to be a forum where as we explore all aspects of ourselves, you can do so with us. Who am I? I am Juliet. I am a daughter. I am a sister. I am an aunt. I am a wife. I am a Speech Language Pathologist. I am a follower of Christ. I am a friend. I am an ally. I am a perfectionist. I am kind. I am beautiful. I am w
Post a Comment
Read more

These things I know

October 07, 2019
Before reading this post, read this About J I’m relatively new to having someone in my life who experiences same sex attraction (SSA) on a daily basis. As I talked about in my about me, being closely connected to people who experience SSA/are gay is not new but up until now I thought that it would be a thing that passed in and out of my life as people came and went. So for obvious reasons I’m continually working on developing my understanding of the LGBTQ+ community.  My journey through this experience and Quinn’s is often different each day and will be as the years go by. Right now I feel like he is so far ahead of me, so I often feel like I’m running to catch up in my understanding of same sex attraction and how it impacts a persons life. Anyone who knows me well knows that I want to have answers right away and understand how things work and will work. But the most important thing that I’m trying to improve is telling myself that it’s okay to go through the journey and be pati
2 comments
Read more 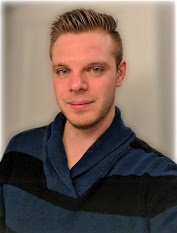